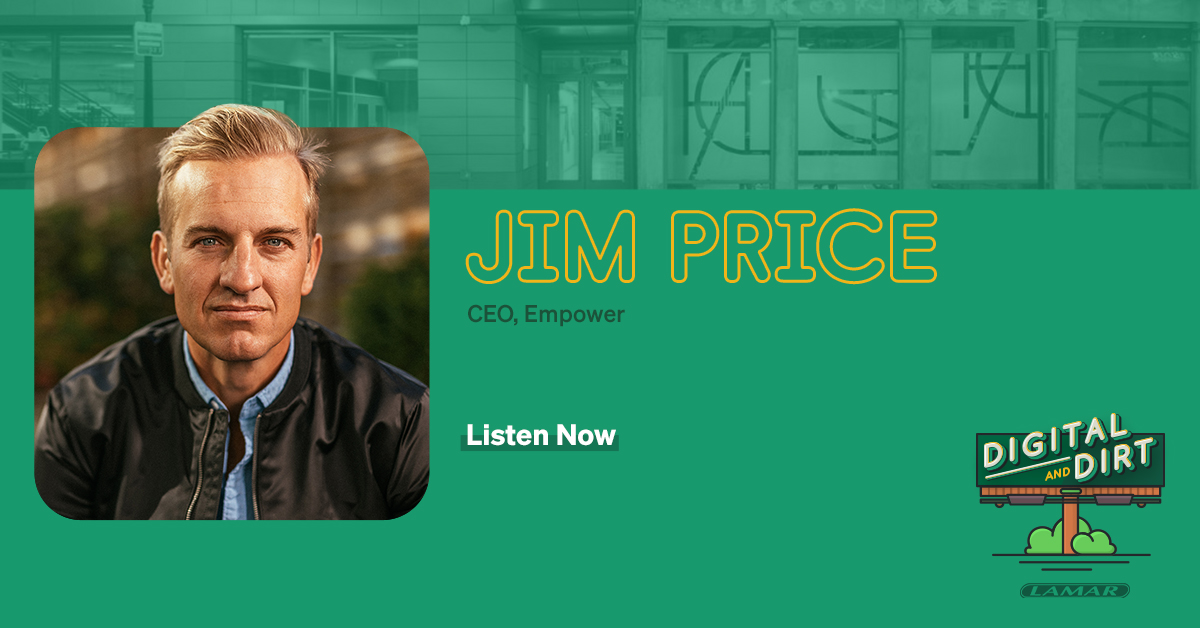 In episode 7 of this season’s Digital and Dirt podcast, Ian welcomes Empower CEO, Jim Price, to discuss the uniqueness of his creative media agency, his views on leadership skills, and ideas around building for the future.

At the outset of the discussion, Jim discusses the pride he feels for Empower’s headquarters city of Cincinnati, a non-traditional location for creative agencies. He explains how the company stays involved with the community even as it has grown and expanded beyond its headquarters.

Jim shares the unconventional way in which Empower was founded. He explains that, back in the “mad men” days of advertising, his mother recognized the emerging need for creative services. She left her established job to start a new company, then called Media That Works. It would later become Empower.

In reviewing his career history, Jim reveals that before becoming CEO, he gained experience working within other areas of media including heading up the first fully transparent programmatic buying solution, Clear Trade.

In discussing the importance of building for the future, Jim details Empower’s process for vetting new ideas that embrace both data and creativity. He explains how his role as a leader has impacted his involvement in the process. Finally, Jim shares a real-life example of how data can be used to positively influence a brand's advertising campaign.

To learn more about Jim Price and his journey, listen to the full Digital and Dirt episode available on Apple Podcast, Spotify, Google Podcast, and other podcast platform!