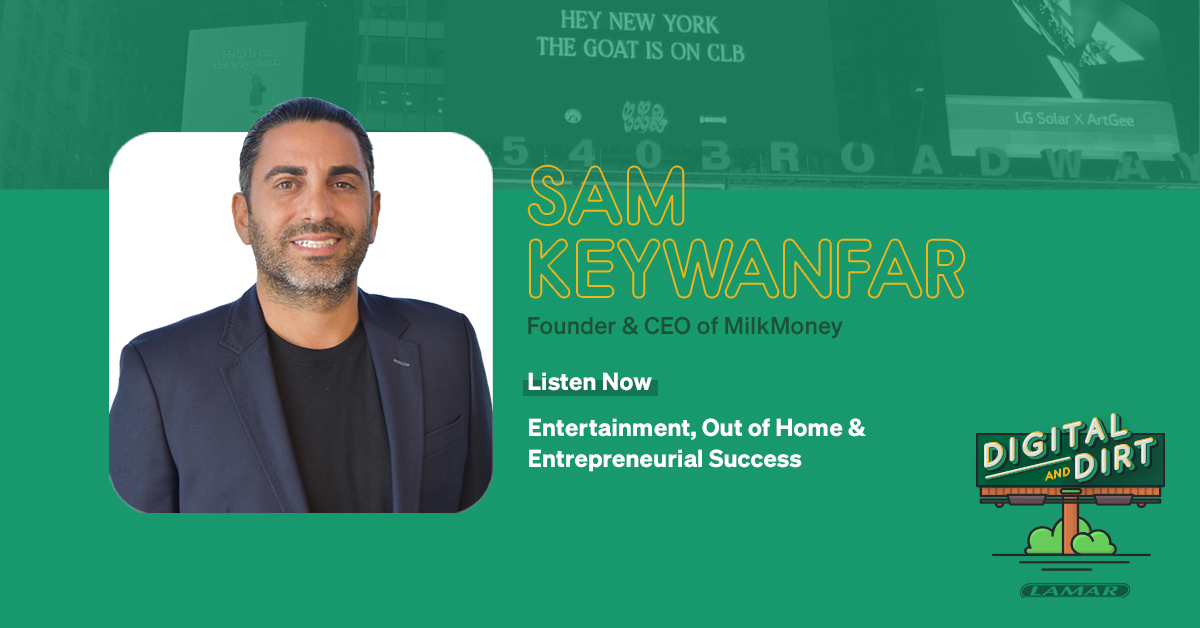 Sam Keywanfar is a serial entrepreneur. His drive began at a young age when he recognized the importance of education and hard work. In this episode, Sam shares with Ian how his unique experiences, beginning in elementary school and up to the present day, have led him on his current career path.

Sam has always had an interest in entertainment but wanted to find a way into the industry without being the talent. His entrepreneurial path began while working as a club promoter during his time at Boston University. He them used his skills to create “House of Hype,” a full-service entertainment marketing, public relations, and experiential agency. But after experiencing success with the agency he built, he believed the agency model to be broken and wanted to create a platform that could bypass the limits of the traditional model.

During this episode, Sam speaks in-depth about the struggles he faced when he first founded MilkMoney and how a pivot led to eventual success. Through trial and error, He came to realize the struggle the entertainment industry faced when trying to purchase Out-of-Home (OOH) media. He found success by focusing on solving the problem that both the OOH and entertainment industries were facing.

Many brands have used MilkMoney for hugely successful campaigns. In this episode, Sam and Ian discuss the Drake CLB and Rihanna Fenty campaigns, two of their favorites.

In support of his most recent album release, Drake used billboards with cryptic messages to gain traction and build anticipation. This campaign is a prime example of how OOH can drive earned media on other platforms. To learn more about the campaign take a look at MilkMoneys case study and Lamar’s article “How Drake Went Viral on Social Media Using Digital Billboards”.

When Rihanna announced her upcoming brand with LVMH, her team worked with MikMoney to create a presence at New York fashion week prior to the release of any products. By using a mirror wall experiential billboard, Fenty was able to build a presence at fashion week and earn tons of earned media by fans posting and sharing of the OOH.

To see more awesome campaigns from MilkMoney check out the website and listen to the full Digital & Dirt episode available on Apple Podcast, Spotify, Google Podcast and others!