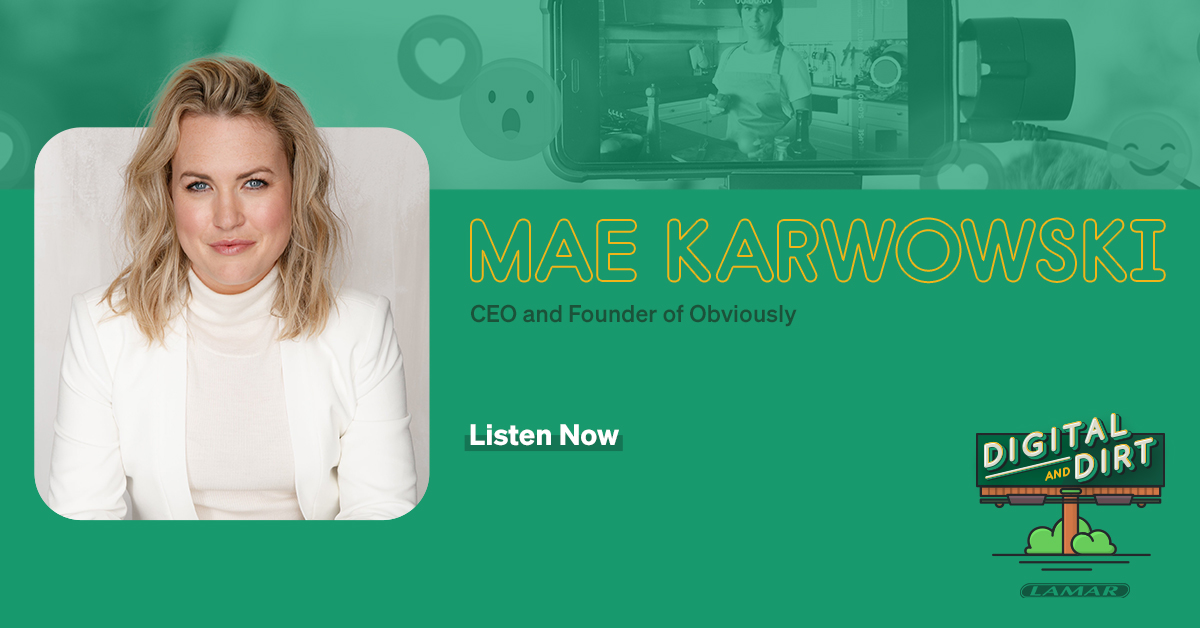 In episode 6 of this season’s Digital and Dirt podcast, Ian welcomes Mae Karwowski, CEO and Founder of Obviously, to discuss the creator economy and the true impact of social media on culture and advertising.

It’s no secret TikTok is taking the social media world by storm. Mae explains how the video-based social media app is exposing sub-cultures, like Alabama’s sorority recruitment process, and how the app is rivaling reality TV. They also discuss the ways in which the trend-focused nature of the app allows users to follow a storyline as it plays out and engage with multiple different creators.

Social Media is now a known marketing staple. But that was not the case when Mae began her career. She tells Ian how she recognized early on that becoming an expert on social media would set her apart and explains how social media and its impact on branding has changed over the years. She also reveals what led her to start Obviously and why it was a gamble at the time.

In discussing the ‘creator economy’, a term that encapsulates many elements, Mae defines what it means to be a ‘creator’ and shares with Ian how creativity and influence are being monetized. She talks about how a creator can connect to the Obviously platform to get started.

To learn more about Mae Karwowski and Obviously, listen to the full Digital and Dirt episode available on Apple Podcast, Spotify, Google Podcast, and other podcast platforms!