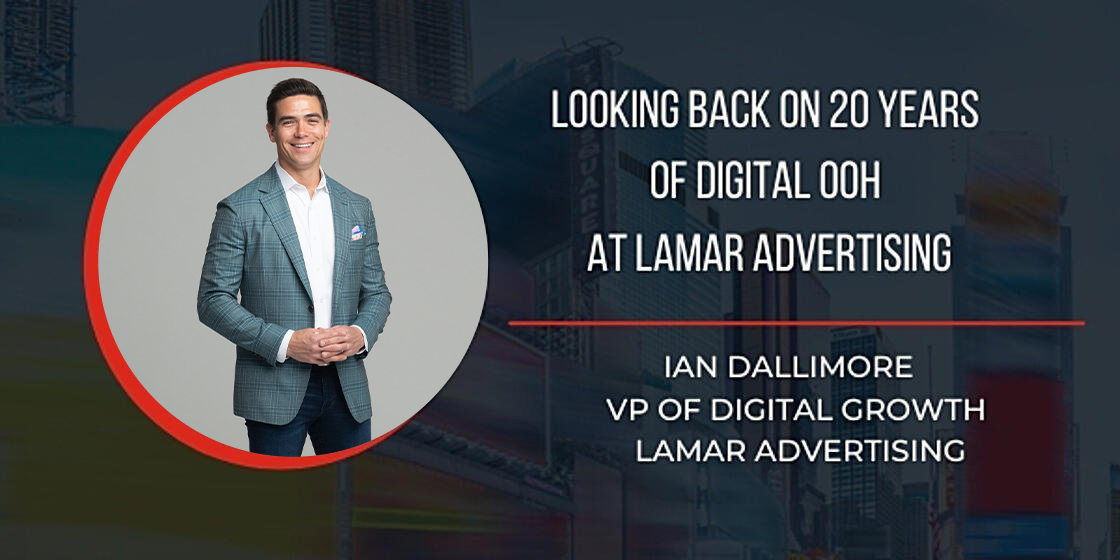 Over the past 119 years, Lamar has always been at the forefront of change. This year we celebrate 20 years of Digital Billboards. In 2001, Lamar recognized the potential for digital to transform the Out of Home (OOH) industry. Digitization could make OOH a more flexible medium, giving advertisers the ability to change their message instantly and connect with audiences in a more relevant way, while also serving as a valuable channel for disseminating information to communities.

Driven by these beliefs, we created and debuted the first large format digital billboard in 2001 in Pittsburgh and in our hometown of Baton Rouge.  There are so many great people at Lamar that set the groundwork for the idea of Digital OOH.  A few noteworthy ones include Bobby Switzer (former VP of Operations) Kevin Reilly, Jr. (former CEO now President and Chairman of the Board) and Rod Rackley (now CEO of Circle Graphics). From ideation to piecing together changing technology, these individuals paved the way for Digital Billboard manufacturers, outdoor companies, technology providers and so many more. Download and listen to Digital and Dirt Podcast to hear Bobby Switzer discuss this journey in more detail.

This year, we are also celebrating 20 years of Lamar’s digital innovation and industry leadership. We now operate more than 3,800 digital billboards across the country, a number that is only growing. The digital evolution we have led has forever changed our industry. On a personal level, it has given me the opportunity to have an amazing career and work with so many others that are passionate about the OOH space.

Digital OOH in the U.S. began with an idea. It has since flourished into an industry consisting of over 1.25 million screens across the nation, from place-based to roadside and more.  While the rollout of digital billboards was phenomenal to witness, the capabilities digital offers are even more impactful.

In the beginning of digital, the advantage of buying digital primarily consisted of the ability to day-part and change out creative with greater speed than traditional OOH.  As it evolved, we (the industry and Lamar) began to look at digital could ingest data to trigger creative using business logic.

Weather triggers arguably showcase the greatest capability of digital today.  Nothing connects with a consumer’s psychographic on a daily basis more than the weather. It affects our mood in both a positive and negative way.  By utilizing real-time data triggers, we were evolving how billboards could be used to talk to consumers with relevant creatives throughout their daily journeys.  We then moved into triggering live scores, displaying outcomes of NFL, NBA, MLB, NHL, MLS and many more professional sports games in real time.

One of my colleagues who ran Lamar’s Network Operating Center (NOC) and I would brainstorm and play “what’s next”. In 2009, Larry King challenged Ashton Kutcher to see who could get to one million Twitter followers first. If Kutcher won, he vowed to “ding dong ditch” CNN Founder Ted Turner, as well as donate 10K mosquito nets to fight Malaria. Being huge Kutcher fans we thought, “what if we helped him win?” We began to test streaming Twitter RSS feeds live to our digital billboards. Over the next few weeks, we began to stream Ashton’s tweets live across our digital network. We knew we had something special when we received a retweet from Ashton Kutcher himself with an image of a Lamar digital billboard.

Over the years, we continued to add new capabilities driven both by the industry as well as brands pushing for more. The streaming of social tweets, Facebook and Instagram posts is another capability made possible by digital, giving brands another option to amplify their message and continue the conversation beyond their own social media channels.

Here are some of the iconic moments in the evolution of Digital OOH at Lamar Advertising:

Evolution of Digital Out of Home

One of the greatest ripple effects of the evolution of Digital OOH is how it led to new digital screens and the broader digitization of our industry.

How many people remember a world before digital screens? When I began my career over 16 years ago, fewer than one hundred digital screens existed in the U.S., with a handful of place-based companies beginning to emerge. This led to the expansion of digital screens to health club networks, office buildings, taxis, convenience stores, and more. Today, it’s hard to walk into a building or drive on a highway during your morning commute without seeing multiple screens. Digital Out of Home has brought the industry to the forefront of every media plan and has become a “must” for a successful campaign.

Digital has also changed the way sales representatives sell the medium.  In the past, a sales rep could never approach a company or brand the day before, or even on that day, and suggest going live with a campaign. Digital has changed that forever. OOH sellers can pitch conditional marketing campaigns based on outcomes, traffic, weather conditions, or whatever happens to be trending on social media or breaking in the news media.  These new capabilities have brought new brands to the OOH space.

Introduction to Programmatic, Automation and Data

We believe Programmatic is the future of buying in the OOH industry.  We have seen the immediate impact of new digital revenue coming to the Out of Home space with the introduction of programmatic.

In 2015, the former VP of OOH at Posterscope, Helma Larkin, introduced Lamar to Michael Provenzano, co-founder of a young startup company called Vistar Media. In our first initiative together, we connected our digital billboards and ran a campaign for Chevy with great success.

At the same time, we met Andreas Soupliotis, founder of HiveStack,  and together launched a campaign for T-Mobile.

We’ve since added Place Exchange and Broadsign as Supply Side Platform (SSP) partners, as well as a few major omnichannel DSPs including Yahoo!, The Trade Desk, Adomni, Adelphic and more.

For our OOH specialist partners looking to streamline RFPs and plan and purchase faster than ever before, automation has become a focus as well.  OpenDirect and OpenRTB both have allowed for more technology companies to enter the space.

Lastly, Data companies like FourSquare, Factual, LiveRamp and so many others have allowed for the purchasing of digital to evolve.  Data is now allowing brands to purchase digital billboards by targeting a segment of an audience in real time, both programmatically and traditionally.

With just 20 years of digital at Lamar Advertising and the industry, we are only at the infancy. Beyond just the technology, we are seeing new faces at conferences and meeting companies that are intrigued with our medium.  There is so much potential  and I believe more change is coming for the good of the industry.  Let’s continue to be open minded and curious about what might be next.  I know I’m eager to continue to learn and grow from others. Here is to another 20 years!