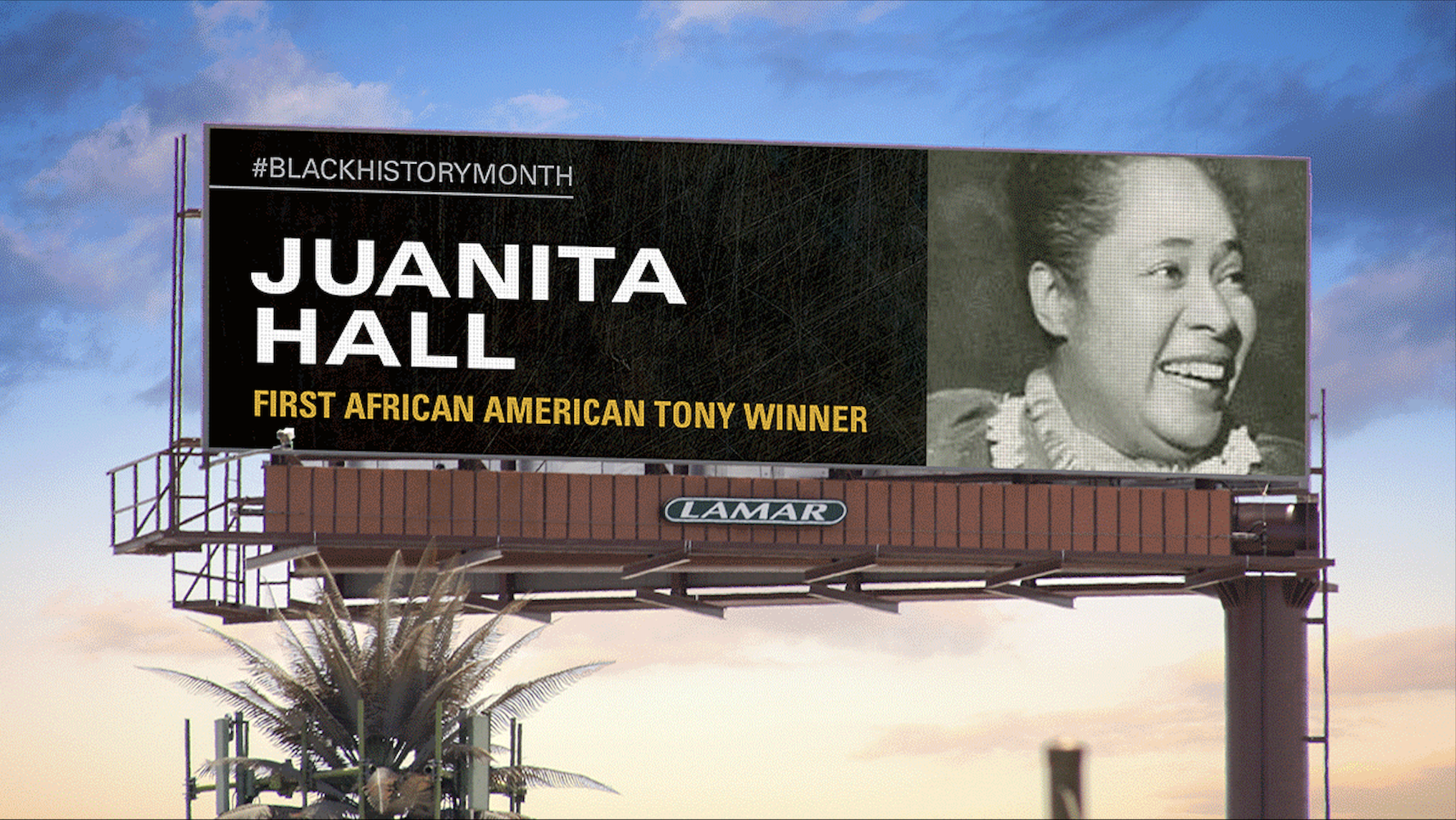 Baton Rouge, LA – February 2, 2021 – In celebration of Black History Month, Lamar Advertising Company (Nasdaq: LAMR), one of the largest outdoor advertising companies in the world, today announced that the company will use its national digital Out of Home network to honor and recognize African American men and women who achieved “firsts” in their respective fields.

Throughout the month of February, Lamar will feature the following prominent African Americans on its digital billboards:

The Black History Month campaign will be featured on more than 570 digital billboards in 64 markets across the U.S. Lamar will amplify the campaign by using its social media channels to share more information about the featured individuals.

About Lamar Advertising Company
Founded in 1902, Lamar Advertising Company (Nasdaq: LAMR) is one of the largest outdoor advertising companies in the world, with over 357,500 displays across the United States and Canada. Lamar offers advertisers a variety of billboard, interstate logo, transit and airport advertising formats, helping both local businesses and national brands reach broad audiences every day. In addition to its more traditional out of home inventory, Lamar is proud to offer its customers the largest network of digital billboards in the United States with over 3,600 displays. Please feel free to explore our website www.lamar.com or contact us at hello@lamar.com for additional information.