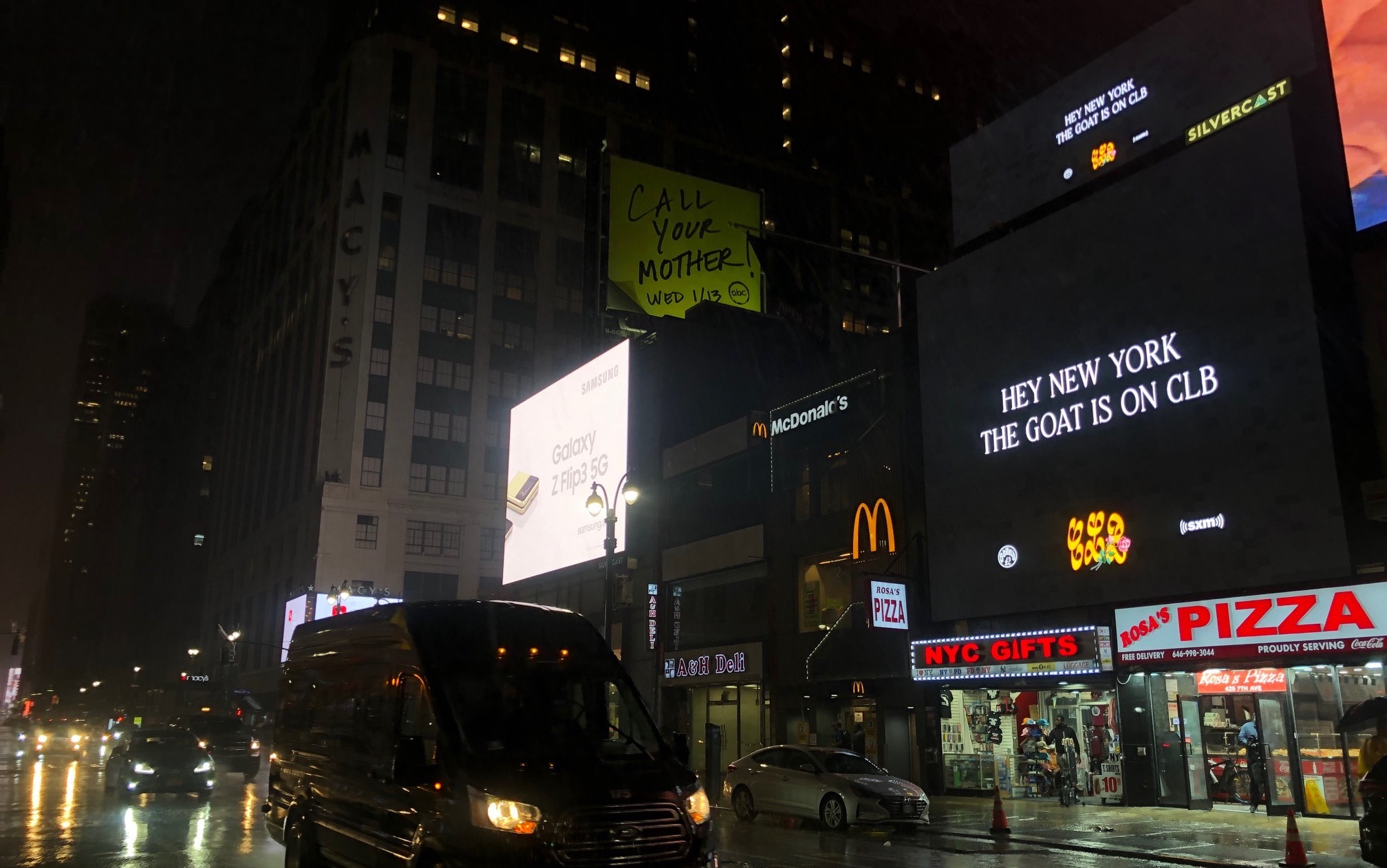 Lamar teamed up with Milk Money and rapper Drake for a small-scale OOH campaign that produced a large impact ahead of his newest album, Certified Lover Boy. The campaign used strategically placed billboards across the United States in the hometowns of the artists to be featured on the album and broadcasted cryptic messages with hints to their identities. Over a three day span, using 18 billboards across 6 markets the campaign created a viral response on social media, further proving how big of an impact OOH advertising can have on even the smallest ofcampaigns.

Drake’s album was hugely anticipated prior to its release especially due to his rival, Kanye West, dropping his album a few days earlier. Prior to the campaign, the only information released about the Certified Lover Boy was the cover art, so fans were eager to learn more.

Major influencers in the industry were quick to take to Instagram in early September and share photos of the cryptic billboards, creating more speculation among fans about the featured artist on the album. While many reshared images of the campaign, others posted modified images of the campaign that included personalized elements. Over the three day span, these social media-shared billboards received over 6 million likes from several celebrities and influencers, with a total of around 219 million followers.

In New York, the message read “ Hey New York The GOAT is on CLB." This message was popularly shared on social media due to  wide speculation as to who is the “GOAT." Some fans thought the message was referencing LL Cool J, who had released an album in the 2000’s titled “G.O.A.T.” Others correctly guessed it to be Jay-Z.

Another celebrity known as the "GOAT," Tom Brady, even joined in by tweeting a modified version of the board that read, “Hey Tampa I’m Not on CLB."

A well know fashion retailer, FashionNova, took part in the viral trend by posting a modified board that read, “Hey World Fashion Nova is on CLB”.

This campaign helped generate a ton of press coverage ahead of the release of Certified Lover Boy. More importantly it showed how OOH campaigns can have impact beyond the billboards themselves. This relatively small campaign generated millions of earned impressions by using impactful and relevant creative. OOH alone is an amazing medium. When used creatively and inconjunction with other marketing channels, OOH can be even more powerful. To learn more about the unique and successful ways in which OOH has been used in the music industry and pop culture, check out the webinar below from the OAAA.